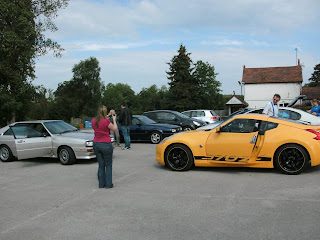 Day2 started with a slap up breakfast (for those who could stomach it). The "Day 2" envelopes were handed out along with some very fragile Rubik's cubes (more on this later).

We checked out of the hotel and all met up in the car park where we had our first casualty of any Run......Wendy (half of Thelma and Louise) had to retire due to back problems. 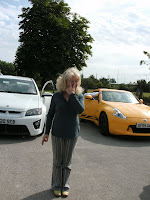 However the other half of T&L, Judith has managed to form a new hybrid team....."Shocking Thelma" with Roy and Allison (formerly Shocking Blue).

So with the sound of Frankie Goes to Hollywood reverberating around the Ramada Warwick's grounds we're off on Day 2. 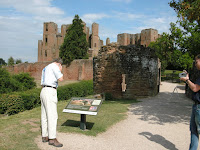 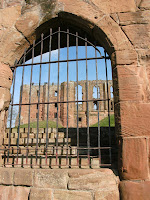 First stop is Kenilworth Castle, just a short hop from the hotel. Straight away there is some teasing problems with the "New Team", Roy gets to the castle gates only to find his 2 team members are nowhere to be found on their first joint mission.

As other teams find the next number I hear one team member (Seb) let out a "Oh No" as the next envelope is opened. This "Oh No" brought a sadistic smile to my face......."Yes you're going into Birmingham....Ha Haaa!!!". 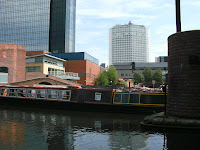 Birmingham's Gas Street Basin from Kenilworth took approx 15 minutes to get to......for Sian and myself, not sure how long it took the teams though on shortest distance....oh well.
The first team to arrive are the Cossie Boys who have already been around the ring road several times (not sure what ring road).

Honey Monster are next when Sarah_S turns up at the sign for the next clue walking down the canal from the Mail Box. Bio Hazard are next as they park up in Gas Street filling up the road with chip shop smell (Bio Diesel). As they are just describing their epic journey into "Civilisation" (I am from Birmingham so may be a little bias...), the "Great White" from down under pulls into the street. 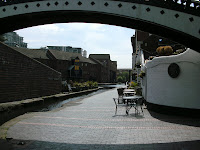 Seb and Sarah pull up on double yellows and hand me the cars keys in case a Traffic Warden happens by, all I'm thinking is "Hello Brummie with the keys to a high powered car on home teritory".
I resist the urge just as guess what a Traffic Warden "happens by". I tell him I'm just about to move it when he says "I wern't going to do any fing anyway....". 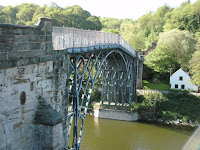 Ironbridge is the next Sat Nav entry, when there it's decided we have a bite to eat. Whilst in the the cafe over looking the bridge, we spy Balls of Fury on their way to the bonus question.

The cafe is then illuminated with a bright yellow light, no it's not aliens but a Nissan 370Z that has just pulled up outside. We say hello the Paul and Sarah.

Bio Hazard and "The Great White" also make an appearance in the gorge. No signs of Shocking Thelma though.....more on this later. 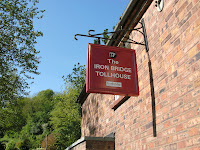 We now head for Wales, Llangollen to be exact. 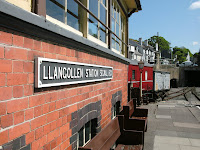 The teams need to get to the train station for their next clue. They also need to answer a question on the name of the steam engine Llangollen are collecting for, me being clever only thought it was one train but later found out there was two....(I pretended I knew to remain clever).
Whilst in Llangollen we get a phone call from Roy(Shocking Thelma) that they are just leaving Birmingham after an extensive shop for the shopping list (part 2 of the list would be found at Ironbridge...), are we far behind?......er YES. There have been reports since of Police helicopters and traffic cars tailing a rather rapid Blue VXR......unconfirmed at present.


After curry and chips we were now off to Lake Bala 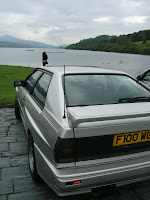 My dog (a Welsh Border collie) was born not far from Lake Bala and was her idea to route through here (last statement may not strictly be true). By this time we (Sian and me) were quite a distance in front of everyone.....that is apart from the Cossie Boys (more to follow).

After a short visit (and a chat with an old man and his Labrador from Yardley which is approx 4 miles from where we live) we decided to move onto Betws-y-Coed. 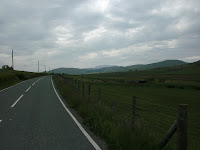 We head through some fantastic scenery now, in the distance are the mountains of Snowdonia. The roads are fantastic also but we are ever aware of the Traffic Taliban who operate in these here hills (sensible note! the roads are very demanding and road signs remind us of the numerous deaths due to traffic accidents) so we are very mindful of our speed. 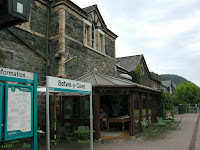 Ooh Betws-Y.....Sorry about that. Betws-Y-Coed is a town in a wooded valley where the River Conwy, River Llugwy and River Lledr meet (last 2 rivers I cannot pronounce).

This is our last stop before the end.

We arrive at our hotel(The Royal) across the road the road from the "Great Orme" and find that the Cossie Boys have been and gone (work commitments for Monday morning).
We then wait for the teams to arrive...... 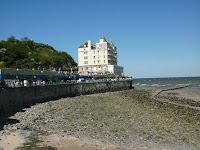 First to arrive are Karl and Sarah(Balls of Fury), Karl the first to be sporting Magnum Moustache...? The next are Sleazy Jet(Seb and his Sarah) again with Magnum foliage and Rambo head band (Seb that is). There is then a magic photo opportunity when we get Nige and Seb sporting there new summer look! 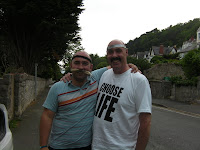 and the funny thing is I can't remember adding these to the shopping list...... 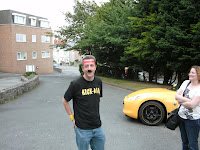 In Honey Monster's car, Paul has been replaced by a Charlie Chaplin impersonator and £0 minustes later Roy turns up having had his goatie beard transformed into a moustache (that's dedication or being outnumbered in the VXR by his 2 female team mates). 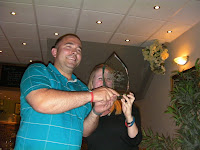 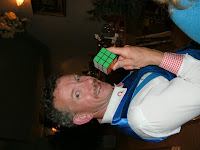 So Team Sleazy Jet win again.
Congratulations to them and a MASSIVE THANK YOU to all the teams that competed and made this a Run to remember.