Day 2 begins with breakfast at the Exmouth View Hotel, envelopes are handed out and as they are opened and the shopping lists are mulled over I just remembered what I put in them. FACE PAINTING!!! was the subject for breakfast, some filled with dread others strangely excited by the idea of turning up as Spider man or a Hamster!?. 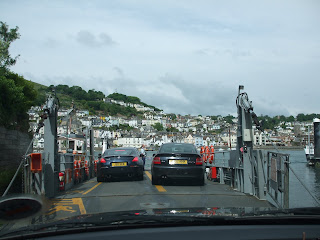 All teams set off at approx 9.30am heading for Kingswear, Devon. The first clue took them to the Dartmouth lower ferry, as we took the higher we got to Dartmouth just in time to catch all teams in 2 waves travelling across the lower ferry. Seb as per usual could be heard on the other side of the river Dart then as he disembarked all the way through Dartmouth. Destination 3 day 2 was Cremyll, Cornwall. This destination split the teams up when it came to routes. Balls of Fury got there via the Torpoint ferry and as per usual were in "Stealth Mode" again (we were around the corner visiting relatives whilst they sneaked past), the other teams either crossed on the Cremyll passenger ferry to find the next number or in the case of Sleazy Jet just asked the ferryman what the number was....
Off to Looe,Cornwall for the Crabbing Competition, how many crabbs can each team catch in 5 minutes. We had a clear winner here with Simon from Knappmobeel who with 7 crabbs was happy and also upset with his Dad Ian for not doing this with him as a child (along the lines of misplaced childhood etc).

Due to work commitments Knappmobeel had to leave to Looe and head back for home, so it then became a 5 horse race (not a race as I will get in trouble with Police etc).
Who will get to the Hotel Victoria with the lowest points to win?

First to arrive was Seb and Sarah, Sarah complete with face paint. Minus 15 points 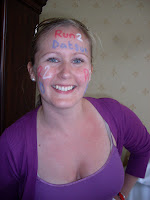 I get to the hotel reception and find Killerviral and Honey Monster there, again with face paint along with the KV's Plymouth Argyle souvenir. 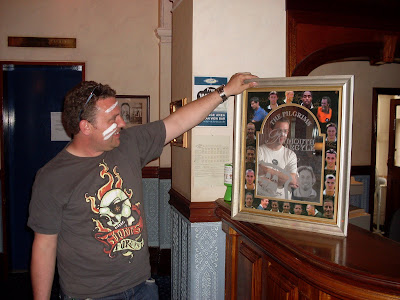 Some how the Killerviral Team had managed to capture Paul_S from Honey Monster in his mirror Superman 2 stylie. 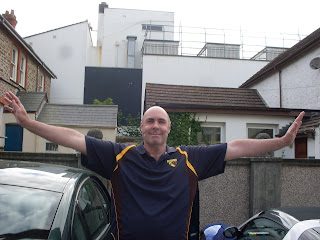 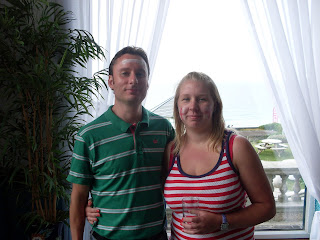 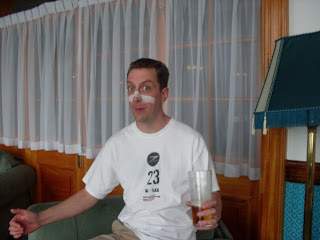 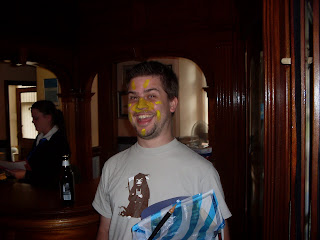 Next thing to do now (obviously after a beer or 2) is the Final Scoring, each team join me at the "Scoring Table" overlooking the beach at Newquay. Each team reveal their trinkets (mileage already taken), and the scoring begins.
There becomes a bit of unofficial "Who's got the Biggest Pirate flag" competition, Balls of Fury win this hands down (it was massive).
I sit down out the way of prying eyes (Chris Kempt I saw you trying to spy the results...Shame on you), whilst the other teams regale each other with tales of ferrys and "sea monsters".
After some money had changed hands it was time for the "Final Results".


After the "Results" it was time for more beer then a curry (thanks to Chris for the Champagne...it was a little pricier than the bottle they won) 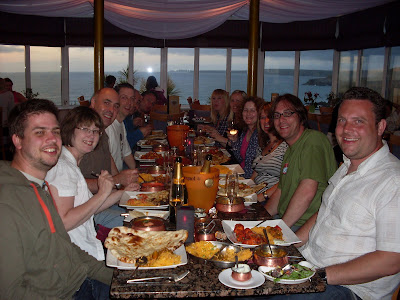 Next thing to do is thank everyone who turned up for making this a FANTASTIC RUN.

Now planning "Run 2 the Hills" for later in the year....Watch This Space.

MUCH LOVE
Dave and Sian