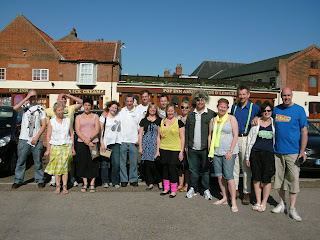 Teams Balls of Fury and The Cossie Boys join Sian and myself for our mini convoy to Wells-next-the-Sea in Norfolk for the start position. On the way we get a phone call from Bio Hazard as they are already at the harbour car park.
We pull into the car park ourselves meet up with Nige and Jayne(Bio Hazard) and now just have to wait for the second half of the group to arrive.
At approx 09.00am their convoy arrives (should have been at Wells for 8.30 but had problems with the hotel.....). 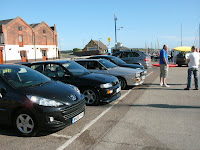 Teams "Thelma and Louise, Honey Monster , Shocking Blue (Roy and Allison) and Sleazy Jet park up and do their meet and greet.. 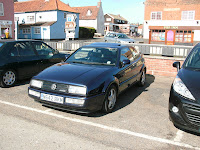 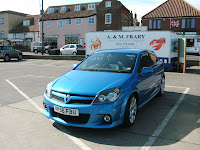 The envelopes are handed out and they're off.


First stop is the church at Sculthorpe, which all went very well and according to plan however the next stop did not......

The "idea" of the second stop was to find the notice board at the edge of the former RAF West Raynham's runway.......however the entrance was pad locked (several times over). The planned Blast down the runway did not happen but the Cossie Boys did get some exercise as they got to the airfield before me so climbed the fence and went for a walk. 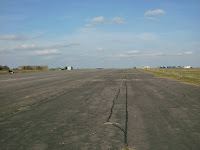 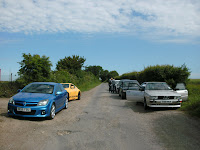 As the other teams arrived I quickly apologised for Sian's mistake in taking us there (it was me really....shh), told them the missing number, gave those that would listen a little history lesson about the former missile base then off to stop number 3.

Team Sleazy Jet in their quest to collect 1 pence coins from each year of the 80's, managed to rope in the entire staff at the Wisbech post office in a scene not unlike that of Veruca Salt's Dad's factory from the film Charlie and the chocolate factory.

Ely was the scene of "cockup" number 2 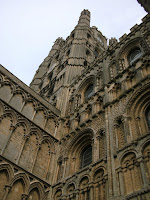 The next clue would be found in Ely Cathedral, but yet again fate would step in again and ruin my plans.
It was graduation day and the ceremony was being held in.....Yes the cathedral.

Some of the teams just managed to get there in time before it was closed to the public, the other teams I had to quickly track down and tell them the next number. 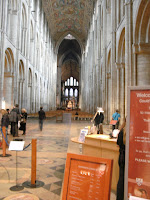 
Pic of inside Ely Cathedral if you didn't get there in time. 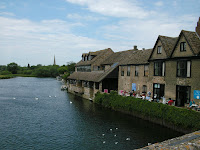 At St Ives we bump into Bio Hazard who are still collecting cocktail sticks and free cosmetics.

Harrold and Braunston Canal are the last 2 stops. 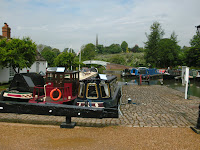 Well they should of been but whilst waiting at the hotel 4 teams were missing....they were in a pub at Braunston. 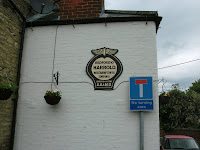 Finally all the teams make it to the Ramada Warwick for curry and drinks.