Losheim to Kochel am See 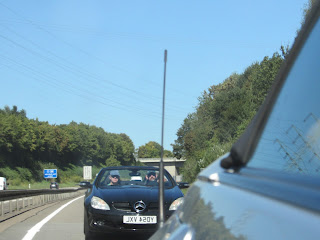 This was mainly autobahn for some of us (one group did go via the Black Forrest), this day we joined the 'Vikings' Jacques and Angela and 'Men in Black' Roy and Ed. 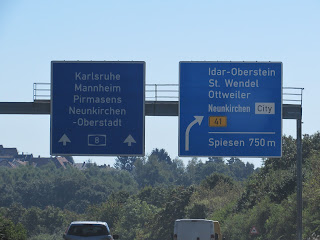 Again the weather was fantastic, high 20's plus nice roof down weather as the 3 roadsters were out together it would be rude not to! 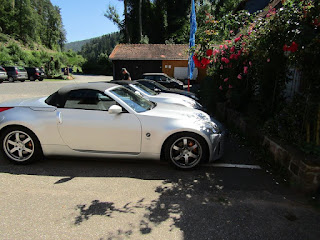 On route we stopped at a little place for lunch.....

Found a nice little restaurant with many gargoyles and statues of crows? As it was very hot by this time we elected to dine inside but being as it was Frankenstein there was a wake going on inside so we ate in the garden instead!

Apart from our lunch break today was really just about getting to Bavaria our next overnight stop. Thanks to a series of accidents on the autobahns around Munich we arrived in Kochel am See in the dark. 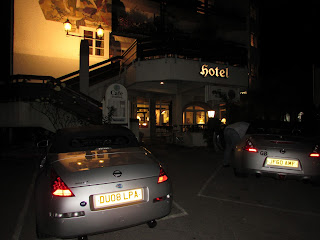 We were the last to arrive and found that the other teams had found a great place to eat up the road from the hotel. The Kochler Stuben!!!!!! 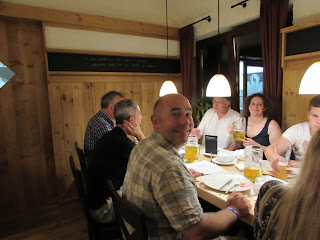 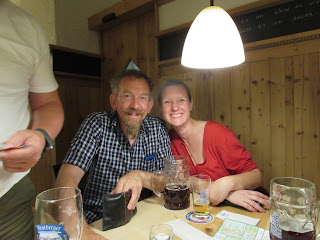 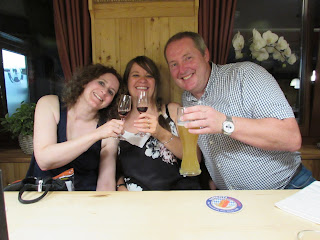 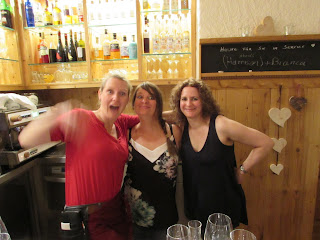 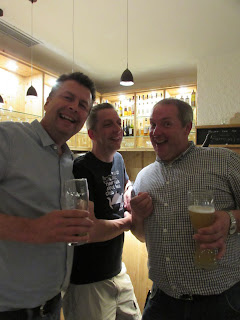 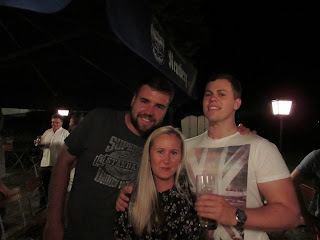 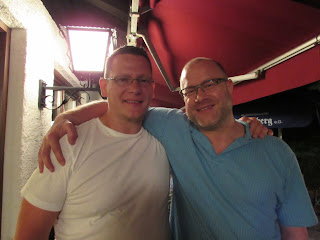 We also made some new German friend..... 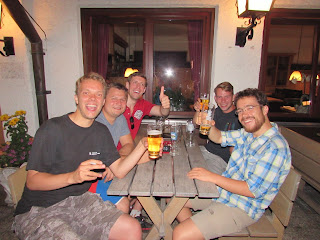 Apparently the 4 lads were on their holiday looking for somewhere to drink and heard us (making some noise!). Hopefully made their holiday for them!