- September 25, 2015
Early stat today, on the road for before 9am. The plan was to travel down in convoy down the E17 then A26 towards Dijon then onto Lyon. 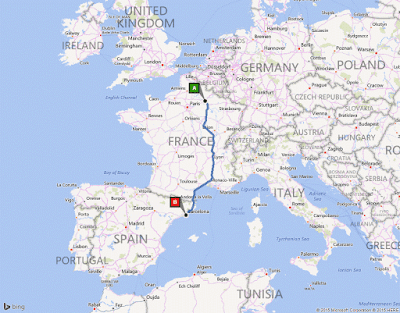 This seemed a good plan only my SAT NAV thought different and instantly (it seems) the convoy split.  The front group consisted of Andy/Amalle (370Z), Neil/Teeny (370Z) and Sian and myself (350Z) whilst the rest were in group 2 but on the preferred route (which was about 10 to 20 miles shorter).
Our route meant going east towards Paris then head south down the A71. The teams would converge just outside Montpellier on the A9,who would get there first.....? 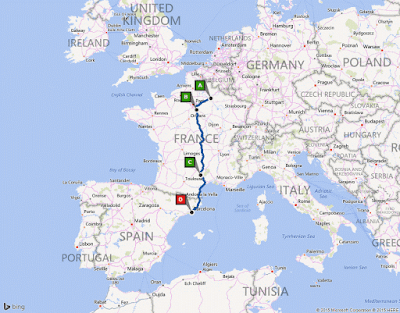 In group 2 our main concern was not to get caught up in the Paris commuter traffic so a quick con flab on the radios we went with Andy's better tech in the form of "Waze" which constantly updates the route via monitoring the live traffic picture. "Andy you have control".
In group 2 their first task was to become 1 full group so a stop at the services to wait for the other half was required. Now their group even though they had a slightly shorter route had many different types of cars with different fuel ranges.....would this come into play later?

Having successfully avoided Paris the next question was how far behind were we? A few text messages to Sarah in group 2 found we were around 15 miles behind and our estimated time of arrival (eta) about 15minutes later. OK then don't want to be nicked for speeding but do want to make up time.

As can be seen from the group2 pics, the bigger group meant more stops, either for fuel, food or er calls of nature...!
Group 1 if we played this right could catch up, all of a sudden we became a team on same fuel strategy. Andy came on the radio asking fuel range on our cars, all pretty much the same as all Z's (the 350Z roadster was a little thirstier). So the plan was to eek out as much range from the tanks as possible.
Good idea! nearly went wrong though as we missed a fuel stop on the A75 (looked like a turning onto a mountain pass....for goats!!) so now there was a little bit of a panic on now.
We pulled off the auto route and found a little town called Saint Beauzely just north of Millau. I stopped at the petrol station with 26miles left in the tank.....PHEW!!!
That diversion has put us 7miles in front of group 2 but with enough fuel to get to Barcelona, group 2 will have to stop again mainly down to the short legged Evo.
Still close!!!!
We (in group 1) pulled back onto the A75 but something was not quite right with my car, after changing down to climb a steep incline I found the clutch pedal needed assistance to return!!!!! After a few miles this settled down. Found out the reason is the clutch fluid tends to boil in the 350Z but usually on a race track. I think the outside temperature and stopping for fuel the heat sink from the engine had made things a bit warm.

The views outside were now turning very southern Europe now, the vegetation was starting to thin out where the Mediterranean sun and done its best. But as we came round a long sweeping bend we found something man made which dominated the vistas....

Some of the tunnels didn't look (or sound) bad either....

Just as the two groups are close to converging at Montpellier disaster, Nigel's Passat is down on power!!!. Group 2 pull into the first service they come across to look at the stricken VW.
What this means for us in group 1 is that we don't need to scan our six o clock for a bright blue Jag bearing down on us.
It appears the Passat has no turbo (later when back home Nigel found the wires to the waste gate had melted and shorted out). 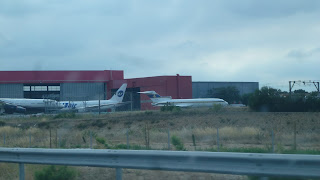 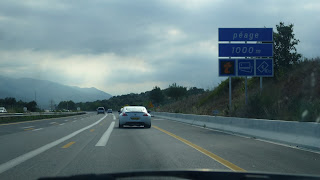 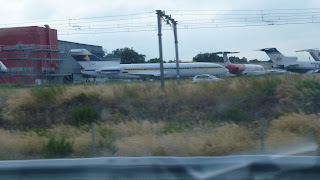 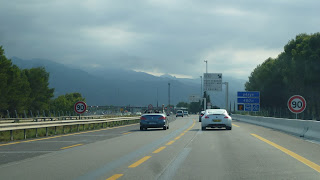 We soon find ourselves crossing into Spain and near our overnight stop at Barcelona. 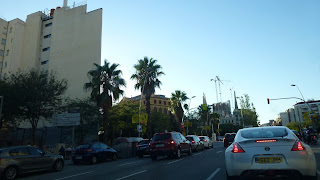 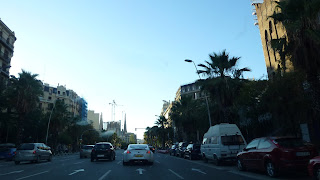 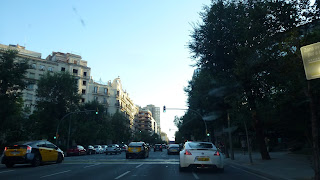 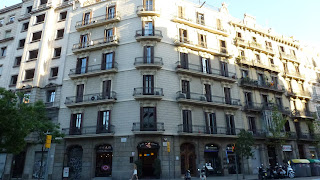 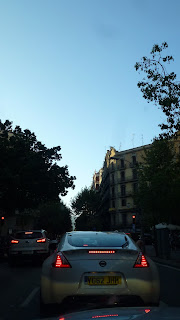 The first thing we noticed as we entered the out skirts of Barcelona was the smell of 2 stroke....yep in the med now :-)

We found our digs for the night, the Hotel Astoria. Parked up , checked in showered and in the bar by 8pm. Happy now!!! 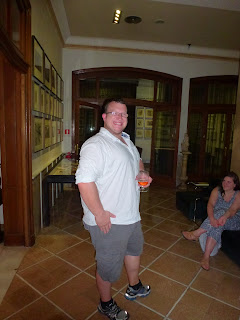 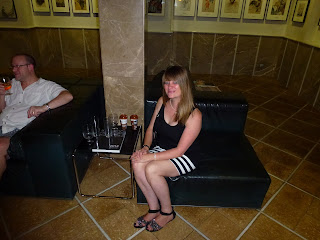 Next task find somewhere to eat, just so happens there's a tapas bar around the corner. Happy again!!! 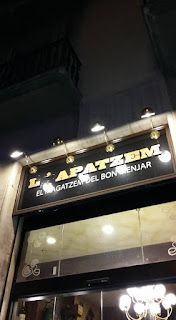 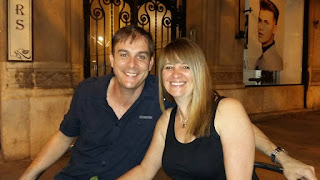 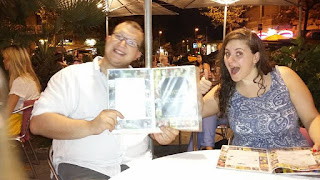 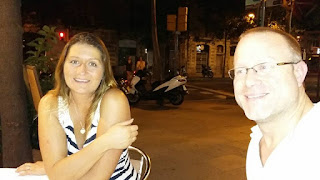 We tuck in whilst waiting for group 2 to arrive, only an 90mins later not bad considering their delay.