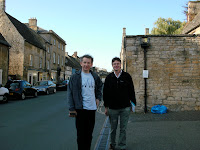 At approx 09.00am Saturday 15th October the teams set off from Tewkesbury on the Run2Saturday Night.
The teams consisted of Bio Hazard (Jayne and Nigel-VW Golf), Juke of Kent (Sarah and Paul-Nissan Juke), Sleazy Jet (Seb and Sarah-VXR8 Bathurst) and Shocking Blue with Roy and co driver number 3 Ed in the Astra VXR.

The first destination was Broadway, Worcestershire where as Sian and I pull in we see Seb and Nigel checking the back of the Bathurst. It seems a lady in a Rover 75 just couldn't resist giving the Australian Great White a little nudge! No damage though fortunately.

As we leave Broadway we follow Sleazy Jet out to the sound of 13 cylinders reverberating off the Cotswold stone houses (5cyl from the quattro and 8 from the Bathurst).
Seb soon shows us why he purchased his vehicle and we are in Chipping Campden sooner than we realise! 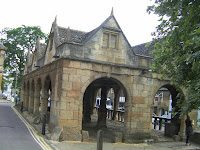 The Teams have a few tasks here to complete including finding a Grave Stone.
However it is now destination 2 and still no Shopping List? maybe they have got away with this, or maybe not! 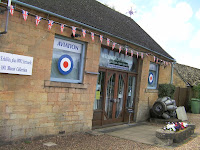 We are now off to Moreton in Marsh, Glos and to meet a very interesting fellow by the name of Gerry Tyack at the Wellington Aviation Museum. (Note Jet engine on the right of the entrance.......that was for the teams who all missed it).
Here at Moreton they now find the shopping lists so now it's time for the search.

Que music and Deep Purple's Smoke (Bourton) on the Water and the Cotswold Motor Museum. 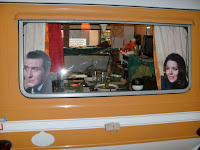 Time for a cream tea (or full English Sian and myself) at Bourton where for a mid October day was quite warm and pleasant......not very ghostly!

Time for slaughter or in the case Lower Slaughter, Glos for the next destination. 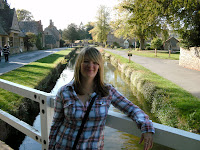 Slaughter in old English actually means wet land and not anything gruesome at all which is quite boring...never mind.
It was here Roy and Ed sampled the local delicatessen of pink coconut cake with a hint of mint....? Paul and Sarah (J of K) however ate at the cafe in the water mill which was in hindsight probably a better choice. 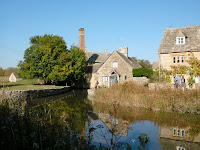 Trying to avoid sighting the Fiery Coach of the the evil Sir Laurence Tanfield and his wife (it is said to bring very bad luck and even death if this apparition is viewed) the teams head for Burford, Oxon.

This brings more shopping opportunities (in this case myself and some emergency beer for later.....more on this to follow). 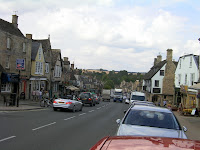 Burford high street for a petrol head is quite an interesting place, several E Type Jaguars, Vintage Mercedes SL's and a bystander was heard to say "Fire up the quattro" as a car passed up the hill......wonder who was driving ;)
Next place was the home of a murderer......in the shape of a rogue swan. Bibury, Glos and Arlington Row is a beautiful part of the world sat on River Coln which is full of Rainbow Trout (from the resident  trout farm), ducks and oh yes killer swans.
More nice cars here also including a Lamborghini Balboni which made the most fantastic noise as it departed (didn't get chance to card him as always room for one of those on the next Run2). 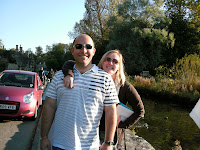 Here most of the Teams seemed to arrive at the same time for a few photo's and a little story about a Citroen Saxo........ 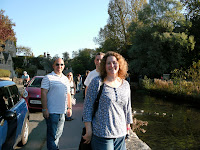 This is the last stop before the end so everyone seems quite relaxed (unlike the Run2 the 80's which was a bit of an epic.....which means I have failed on this one). 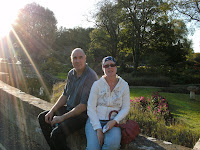 Ok it's now off to the Air Balloon pub for the end, as we get within 10 miles of our final destination we are guided (almost) by a real air ballon taking advantage of this lovely October evening.
The first team to arrive is the J of K followed shortly by Sleazy Jet, Shocking Blue and the Bio Hazard.
Sian and I take their mileage and tick off their shopping list items but this is not the end for this Run2...there is a QUIZ!!! 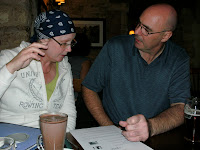 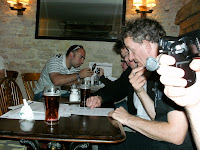 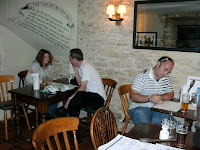 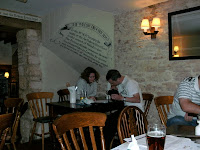 The quiz completed and drinks drank we then head off in convoy to the hotel in Stroud and where we will announce the scores.

With the scores all totalled we meet everyone down in the restaurant for some much deserved drinks and food. 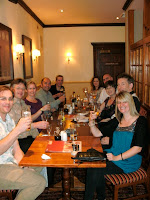 After the results and food it was more drink until the bar closed then it was time for the "Late Night Club" and to break out the emergency beer from our cars (we did not want to get caught out like we did in Llandudno......experience makes us wiser).

As before a BIG thanks to the teams and also the fact we raised some money for the Help for Heroes charity.
See you all on the next run wherever that may be. 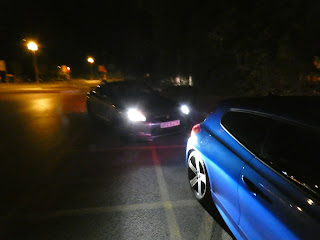 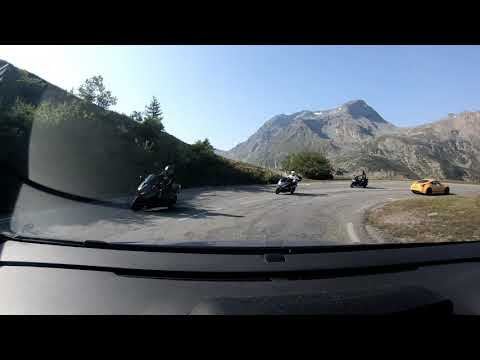